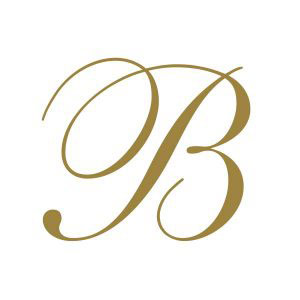 A lawsuit brought by auto dealers has put a chill on the potential sale of R.L. Polk & Co., owner of the used-car shopping tool Carfax, according to the people familiar with the matter.

Polk, which provides car companies and consumers with data on autos, has attracted interest from some potential corporate buyers as well as a host of private-equity firms, including buyout giants Carlyle GroupLP and KKR& Co., the people said.

The family-owned company put itself up for sale earlier this year, saying in March it hired bankers to look at alternatives.

In April, a lawsuit brought by owners of 120 dealerships against Carfax accused the company of engaging in anticompetitive practices. Carfax has yet to respond in court. People close to potential suitors say the lawsuit isn’t necessarily a deal-breaker for them, but that they are awaiting more information before moving forward.

A representative for Polk said: “We do not anticipate that [the suit] will have an effect on the ongoing process of evaluating our strategic growth alternatives.”

Carfax is the industry’s dominant provider of vehicle-history information. For a fee, it provides the accident and damage history of individual vehicles, information that consumers have come to expect when buying used cars.

The dealers’ lawsuit says that Carfax has shut out potential rivals by signing exclusive agreements with auto manufacturers and car-shopping websites.

These agreements mandate that only Carfax vehicle-history reports are made available to shoppers on the websites, the plaintiffs allege, saying the arrangement “has stigmatized any listing without” a Carfax report.

Meanwhile, dealers must pay for Carfax reports if they wish to participate in auto companies’ used-car certification programs or to list their vehicles on these popular carshopping sites, according to the suit. The plaintiffs allege Carfax makes up to 90{f15fad3b04d89020a05738ee85256797e9759bd19fdd229b29bad9398df16913} of the vehicle-history-report market.

Polk’s operations go beyond Carfax. Polk provides research, forecasting and consulting for the global auto industry. In the U.S., Polk gathers registration data from every state and provides detailed statistics on the types of cars people buy.

Carfax is Polk’s most well-known consumer product and the data it provides to the auto industry is central to Polk’s business.

Polk could fetch around $1 billion in a sale, people familiar with the matter have estimated. The company in March said it hiredEvercore PartnersInc. to explore alternatives for the company. The family may opt not to sell, the people said.

The Southfield, Mich., company started out in 1870 making city business directories. In the 1920s, Alfred Sloan, the president of General Motors Corp., asked Polk to collect automotive statistics. Polk built up that business into a leading name in the industry for providing hard-to-get analytical information.

Contact Us
For more information about us, or to set up an initial consultation, at no cost or obligation, call (516) 873-3000 or complete our contact form.